M.A.E.D. – Working Together for a Better Community 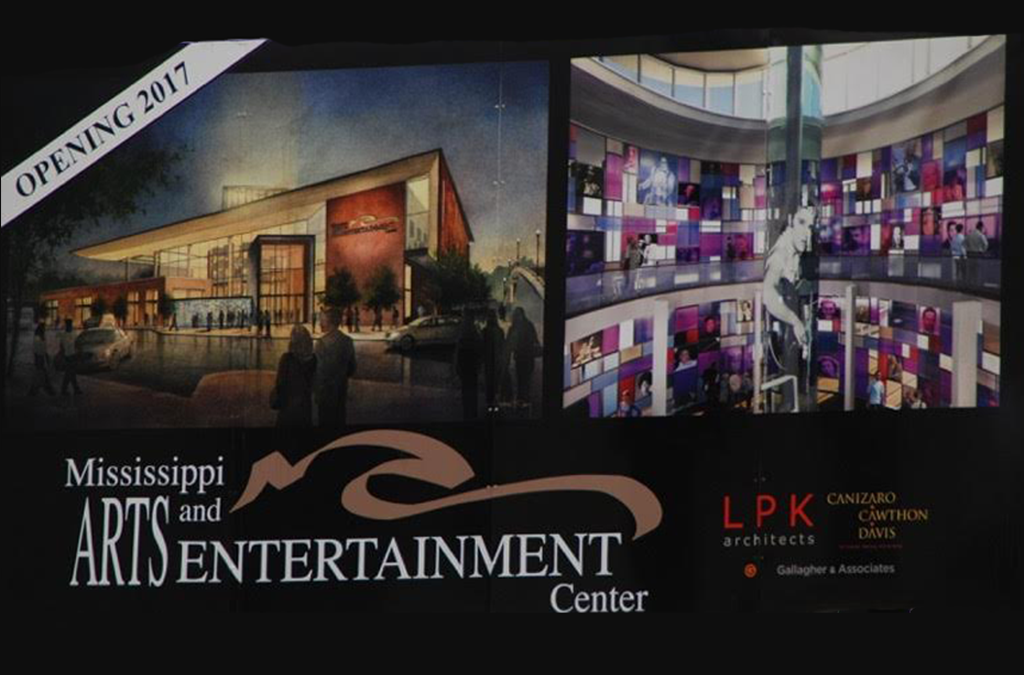 When Leslie Lee opened Elegance Ballroom Dance Studio seven years ago, she was literally by herself in downtown Meridian.

“There was nothing on this street when I first built this studio. It was just an abandoned building with kids smoking pot on the front step,” said Lee of her Front Street business, located just three blocks down from Union Station. “I used to have to call the police a couple of times a month.”

Today, her mostly female clientele can walk safely through the neighborhood and feel comfortable eating a salad at the Brickhaus Brewtique next door or shopping for clothes across the street at Loeb’s before their evening yoga classes begin. 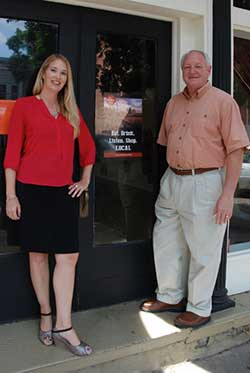 The progress, Lee said, has been fostered tremendously by alliances formed not so much with public entities, but rather with fellow downtown merchants, who have banded together in a grassroots movement to bring new life to the area and create a positive environment where existing businesses can flourish and new businesses can develop.

Situated in the heart of Meridian’s Downtown Arts & Entertainment District, the organized effort – better known as M.A.E.D. – is spearheaded by Ken Flynt, co-owner of Brickhaus and an avid supporter of arts in the community. By communicating and coordinating with one another to co-sponsor in-house events such as book signings, arts and crafts fairs, and fundraisers for non-profits, and through participating in collaborative community events, these neighboring business owners are working together to support one another and ensure their mutual patrons enjoy a positive downtown experience.

“We need to collectively think about the revitalization of downtown Meridian, and who is better qualified to do that than the stakeholders? These are private business owners who actually have skin in the game,” Flynt said. “Our thinking is what’s good for one of us can be leveraged so that it’s good for all of us.”

To accomplish their goal of making Meridian a “Destination Arts & Entertainment District,” M.A.E.D. supporters have simply taken matters into their own hands.”By helping each other out, we all benefit,” Lee said. “It’s more than just being good neighbors. It’s about working together for the better of the community.”

Engaging Meridian residents in downtown activities lures not only visitors, but potential employers to the city, Flynt explained. “We’re not going to recruit big industries here until we have a quality of life that exists in the community – the kind that executives look for in an area where they are considering moving their operations. They want to know what is here for their people to do. If there’s nothing for them to do, they will move on,” he said.

One thing the group is working to overcome is poor perception of the once-stagnant downtown area, said Kenny Watts, owner of Beyond Capital Financial Management Group on 5th Street.

“For 20 years, there wasn’t a lot going on downtown. There was no development, and there was not a lot of tourists. People were afraid to come downtown. Right or wrong, that was the perception. I think it’s changed a lot, but we still have a long way to go. Changing perception is a hard thing to do,” Watts said, noting that he has worked downtown since 1992 and has never felt threatened.

The biggest thing that can be done to take a community back and make it safe again is getting the locals involved and getting them walking around after dark,” Flynt added. “When that happens, the fringe element is out there, but you’ve got to get people who live here to support downtown first. That will draw others in.”

The three agree that the trend downtown business owners are seeing now is positive, for the most part.

“We are slowing getting people to realize that there are things to do downtown now. We are having to sell downtown to the community again, and it’s hard, because they’ve gotten used to going other places,” Watts said, “but there are hundreds of people under the age of 40 who are embracing what we are doing here. They are buying buildings downtown. They are living and working here and raising their families here. They are choosing to stay here rather than go somewhere else. There’s a reason they are sticking around.”

“I think it goes back to personal perspective, really. I know wherever I live, I want to be happy. And if you’re not happy, you can either complain about it, or you can do something to make it better,” Watts said.

The plan is to continue hosting events and showing their best faces, spreading the word to get more people involved, and, as always, helping each other, Lee said.

“We have to overcome that stigma. We have to keep working together, and if we see a problem, we need to get right to it and fix it. I see Meridian as the little town that can, but everybody has to get on that train and work together,” she said.

With four different downtown events slated Oct. 3rd, including the groundbreaking for the Mississippi Arts & Entertainment Center, the inaugural Meridian Craft Beer Festival, the monthly Farmers Market and the annual High Heel Run for Breast Cancer Awareness, there’s sure to be something for everyone. Meridian is also home to the MSU Riley Center for Education and Performing Arts, the Temple Theater for the Performing Arts, the Meridian Museum of Art, and the long-running Jimmie Rodgers Music Festival, which resurged in 2015, garnering huge success with an impressive lineup featuring Jason Isbell and St. Paul & The Broken Bones.

“People say there’s nothing to do here in Meridian, but that’s not true. There’s plenty to do if the locals are willing to support it,” Flynt said. 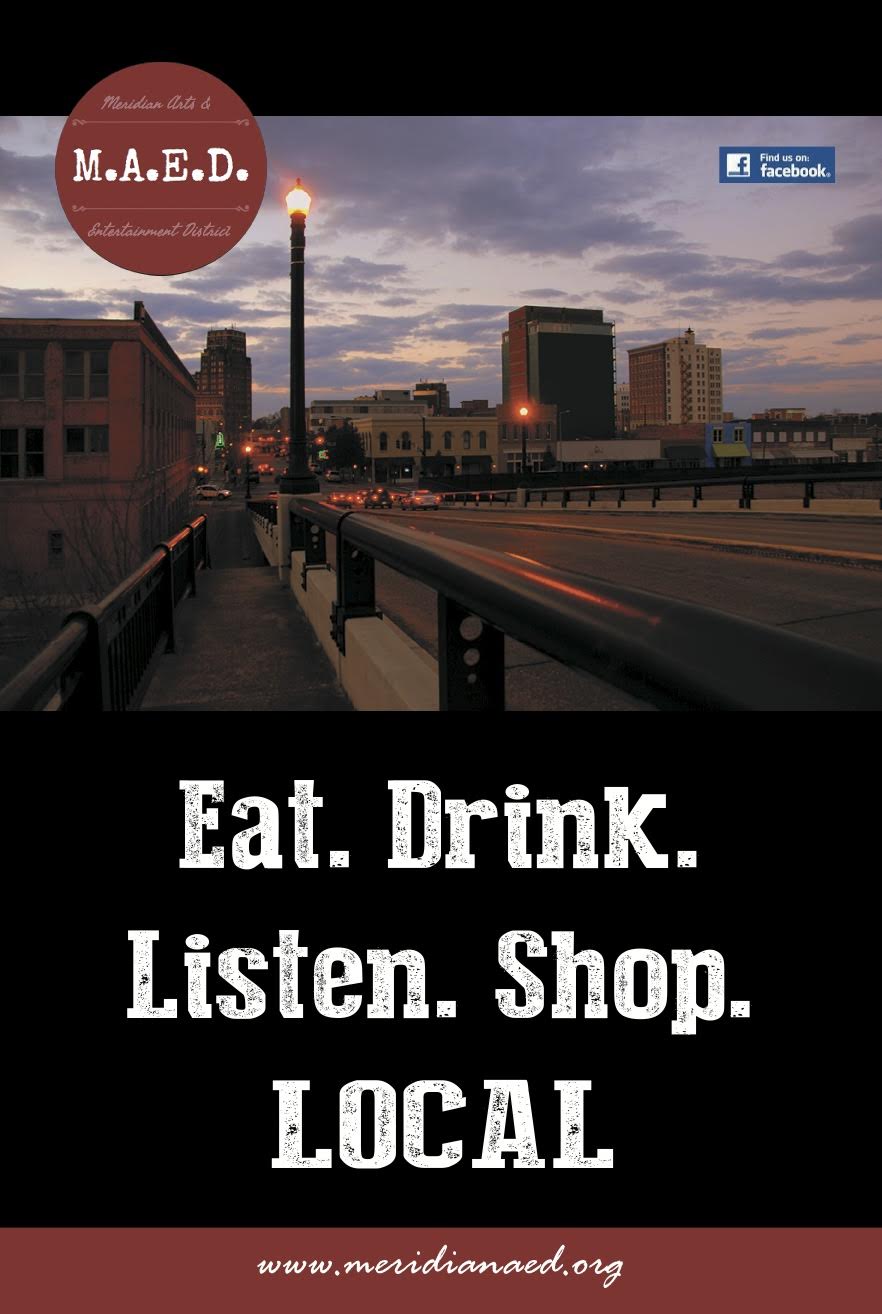 For more information, visit meridianaed.org or