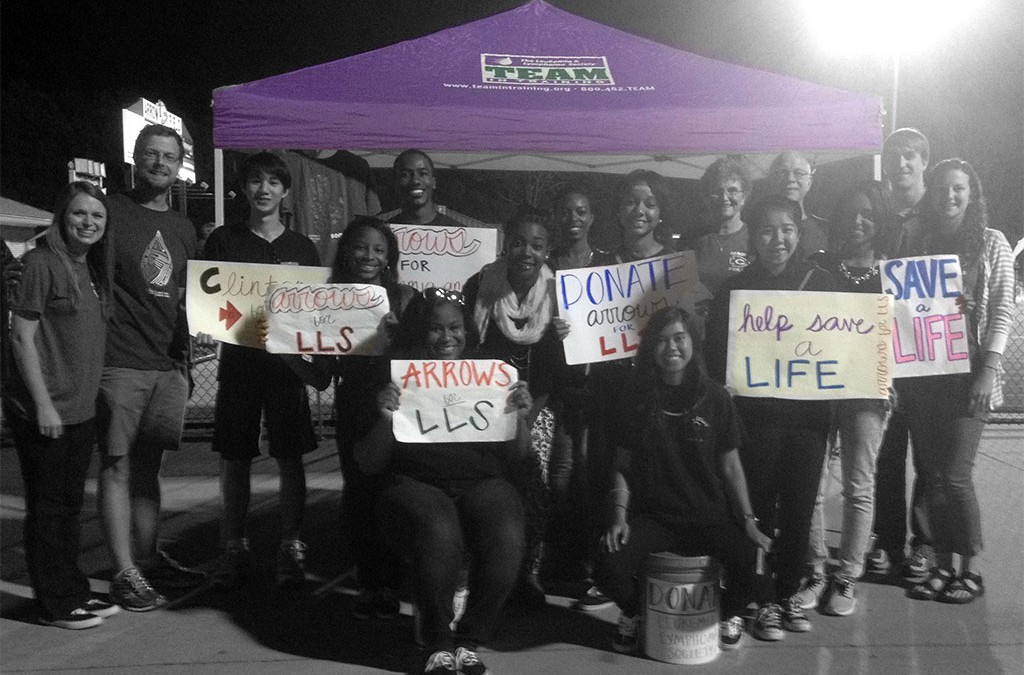 Every 3 minutes someone in the United States is diagnosed with blood cancer. In the Fall of 2013, that someone was 27 year old Mississippi native, Bryce Yelverton who was told he had Hodgkin Lymphoma Stage 2B. While most would have heard the news as a death sentence, Bryce met the diagnoses with a surprising confidence. You see he had a distinct advantage over the disease right from the very start. Bryce’s father, Joel, had contracted the exact same disease 15 years earlier in 1998. Joel had fought through chemotherapy and radiation treatments and was declared to be completely cured 5 short years later. He had beaten it.

“I remember my dad sitting us down as a family and telling us the news. I specifically remember him saying that it was a ‘good kind of cancer to have.’  That seems so ridiculous now. There is no good cancer to have,” says Bryce. 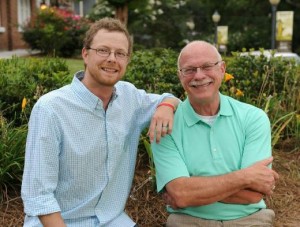 At the time, Bryce was a high school math teacher at Clinton High School in Hinds County. “As a teacher, I hated to take a day off work just to get a physical so I waited until Thanksgiving Break since the only thing I could pinpoint as being wrong was unaccounted for weight loss and night sweats.” After getting back Bryce’s blood work, the doctor ordered a thorough examination to determine what was happening. That’s when Bryce was informed that his lymph nodes were enlarged, and that he had developed a tumor the size of a fist located between his heart and his breastbone.

This is the moment that anyone would dread. But because of Bryce’s first hand experience watching his father exemplify the true essence of being “a survivor”, he purposed in his heart to make the best of a bad situation. “I first thought of my favorite scene from The Fellowship of the Ring. Frodo was about to embark on a seemingly impossible task and wished that the whole situation had never happened to him.  His wise council Gandalf then says, ‘So do all who live to see such times, but that is not for us to decide. All we have to decide is what to do with the time that is given to us.’’

Bryce decided to make this experience a positive one, by any means necessary. He knew it would be the most difficult Spring of his life as he would undergo chemotherapy and radiation soon to follow. However, he approached his recovery as an opportunity to impact others around him. “One thing I hate is everyone coming up to me checking on how I am doing.  I didn’t want to be a broken record so I started writing and sharing my experience publicly. I was teaching math at the time, and I knew the equation people thought of about cancer.  Everyone thinks Cancer = Death. That’s the wrong thought process completely. I definitely don’t think that it equals life, but I do know that it does not equal death. I wanted my students especially to see that. I wanted people to see hope, because I truly had hope.”

During those difficult months, Bryce and his wife, Carly, relied heavily on their family, friends, church family at Calvary Baptist in Jackson, and his coworkers at Clinton High School. Each day, they experienced an outpouring of love and encouragement from kind letters, gift cards, food, and messages from his blog. In the most dire of circumstances, their hope remained.

Bryce finished his last treatment in April 2014, and was pronounced in full remission the very next month. To celebrate the milestone of returned health, father and son, co-survivors, rallied a team of six family members and friends to run in the Walt Disney World Half Marathon in January of 2015. The self-proclaimed ‘The Yelverteers’ running team raised an incredible $42,000 for blood cancer research and advocacy for the Leukemia and Lymphoma Society (LLS). To continue their fight against cancer, Joel and Bryce are now serving as current members of the Mississippi Advocacy Board for the Leukemia Lymphoma Society.

With the support of the MS/LA chapter of LLS and other board members, Joel and administration from LLS helped see the passing of the Oral Parity Law for cancer patients this past Spring. The new law defines chemotherapy administered by a pill the same as chemotherapy administered through an IV during a hospital visit. The passing of this bill results in monetary savings for thousands of cancer patients throughout the state of Mississippi. “Mississippi made huge strides by passing the Oral Parity Bill and became the 38th state to adopt this type of law,” says Bryce.

“So many people around you are going through difficult seasons of life. I almost feel guilty that my difficult season with cancer is over and so many people worthy of life die from this disease daily. I have to resign to the fact that God has me here for a reason and therefore I need to be a good steward of that extra time I have been blessed with. When it comes to a cancer diagnosis we all have a choice as a patient or a caregiver. That choice is to either have hope or despair and it has nothing to do with cancer. Choose hope.”

The next LLS event in the Jackson Metro area is the annual LLS Light the Night walk at Trustmark Park. The event is scheduled for 5:30 PM on Thursday, October 8th.